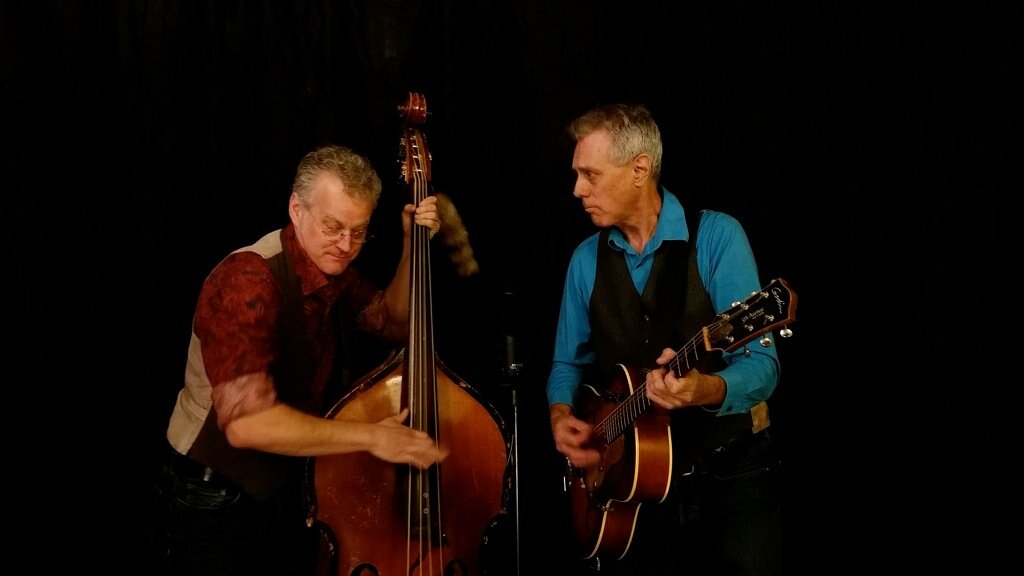 The Legend of
The Smart Fellers

The Smart Fellers are a Northern California based swing band having the distinction of being one of very few bands to have had their first show in an elevator.

Alan K. Parks (bass fiddle) and Mark Larson (guitar and vocals) were playing a show at a convention in San Diego. After the show, they had some time on their hands and decided to perform acoustically in the elevator. While playing for four straight hours to great acclaim, The Smart Fellers were born!

Eclectic influences form the band’s sound. Think Louis Jordan and Cab Calloway meets Bob Wills. Other sounds sneak in too, such as Pink Floyd and shades of lounge music. The band thrills in playing classic rock songs in a retro swing style, keeping audiences on their toes while keeping the dance beat swinging.

The core of The Smart Fellers’ sound are Larson’s rhythmic guitar strumming and Parks’ solid slap bass lines. Larson doubles on heartfelt vocals bringing the songs to life. The Smart fellers will also add on some of Northern California’s best players to augment their sound.

The Smart Fellers are all expert musicians, and play music as their primary livelihood. They have have performed at Blue Note Napa, the Hot Jazz Jubilee, the Napa Town and Country Fair, Napa Porchfest, and innumerable public and private shows. In May 2013 they were honored to be selected to play at the first BottleRock Napa Valley music festival.

The Smart Fellers make it their mission to play jazz that’s tailored for dancing, enjoying and just plain having fun. Join the party by contacting The Smart Fellers to play at your next event!